If you narrow your choices down to American Standard vs. Ruud AC, you'll still have some research to do and decisions to make. Read on to learn more.

When you decide it's time to either add or replace a heating, ventilation and air-conditioning (HVAC) system, you'll notice a plethora of manufacturers are available. If you narrow your choices down to American Standard vs. Ruud AC, you'll still have some research to do and decisions to make.

Get free quotes on American Standard and Ruud ACs now! 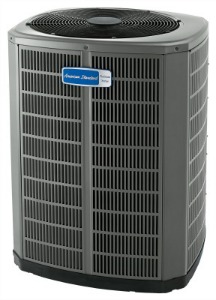 One of the first things you should look at when deciding between American Standard vs. Ruud ACs is the size of the unit. If the unit you choose is too small, it will have to run longer to cool your home. This will increase your energy output and result in higher cooling costs as well as shorten the life of your air conditioner.

Also, you should determine whether you want a single- or two-stage AC unit. Single-stage units stay on until the desired temperature is reached, turn off, and then turn back on again when the desired temperature is reached. Two-stage AC units run on a lower speed on cooler days and higher speeds on hotter days, making them more efficient since they consume less energy that single-stage units.

Another consideration is the seasonal energy-efficiency ratio (SEER) rating. SEER ratings typically range from 13 to 26. The higher the SEER rating, the most energy efficient the unit will be. Units with higher SEER ratings are generally more expensive to purchase, but you'll save on energy costs when running the unit.

You should also research contractors in your local area and get estimates for installation. A contractor can also help you solve the American Standard vs. Ruud AC dilemma.

American Standard has been in business since the 19th century, so they've had many years of experience helping people keep their homes comfortable. American Standard's current air conditioner offerings consist of the Platinum, Gold and Silver series of AC units. 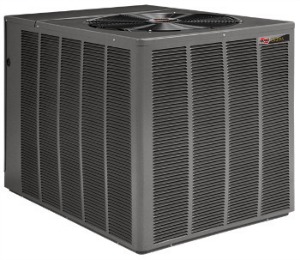 Ruud has designed its AC units with efficiency in mind. There are two different manufactured series: Ultra and Achiever.

The American Standard units are more expensive overall, but there's such a range in price, the units are still comparable to Ruud units.

For the Ruud Ultra series, prices range between $2,600 and $3,200. The Achiever series is between $1,200 and $2,600. These are just the air conditioner prices, so these prices don't include installation costs.

Choosing an HVAC system isn't a decision to take lightly. Once you've done your research, know your needs and the amount you can afford to pay, declaring a winner between American Standard vs. Ruud AC should be easier. To help, get free product and installation quotes from a licensed contractor in your area.