Choosing between Challenger vs. GE circuit breakers can be difficult without the help of a professional contractor. 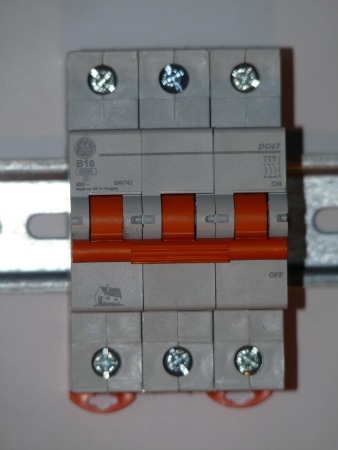 Maybe you recently inherited your grandmother's residence, or perhaps you purchased an older home. Either way, you might need to update or repair its electrical wiring system.

Sometimes, you'll find that your property's circuit panel is no longer made. In that case, choosing between Challenger vs. GE circuit breakers can be difficult without the help of a professional contractor.

But if you trace the history of the original manufacturer, you will probably be able to find compatible aftermarket replacement circuit breaker switches.

Circuit breakers need to be replaced from time to time. Unfortunately, if you're wrangling with older wiring, you may find your "quick fix" a little less predictable than expected.

Older electrical systems often contain oddities that you might find difficult to deal with. If you are faced with an old fuse box, for example, you may want to install a circuit breaker unit instead.

If the home contains a relatively functional circuit board, you may just want to identify and purchase compatible components.

Electrical installation projects are not necessarily easy, particularly in older buildings. However, if you're up to the challenge and want to find the right parts, it can be useful to look back at the history of the components you already have in your possession.

If you're looking at a GE circuit breaker, you're in luck: General Electric has been making electrical items since its foundation in 1892. Though many of GE's competitors were bought out in the 20th century, GE remained a powerful firm and sustained itself throughout.

Challenger was the name given to Sylvania Electronics' line of light residential and commercial electrical products. It was later sold to a former General Telephone and Electronics officer, who ran the company under the Challenger name for several years. It was then sold to Westinghouse, which was subsequently purchased by the Eaton Corporation.

GE's continued existence puts to rest one half of the Challenger vs. GE circuit breakers issue. If you have a Challenger system, however, you need to arrange a panel upgrade. If your Challenger model is no longer made, circuit breakers can be replaced with several compatible brands, including GE.

Square D circuit breakers, which can be identified via the quintessential yellow "D" logo, may also fit nicely inside your circuit panel. Other potential replacement units are made by the Federal Pacific and Cutler-Hammer brands. To be sure though, you should let an electrician handle the selection.

Replacement circuit breakers can be sourced fairly easily, even for older brands like Challenger, so selecting between Challenger vs. GE circuit breakers doesn't have to be difficult at all. Working with electricity can be hazardous, so if you plan to complete vital electrical work yourself, ensure that you follow all safety precautions. Often, it is beneficial to seek the assistance of a professional when planning on a potentially dangerous project.