To save on air conditioner costs, there are a few cheap Ruud ACs available that will provide you with the cooling you need without breaking your budget. 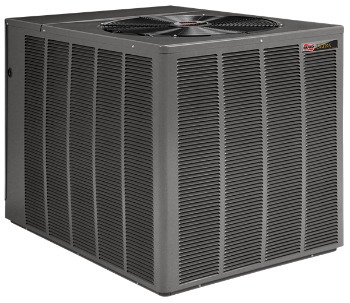 Purchasing a heating, ventilation and air conditioning (HVAC) system for your home can be expensive. To save on air conditioner (AC) costs, there are a few cheap Ruud ACs available on the market that will provide you with the cooling you need without breaking your budget.

Ruud ACs are just one of the cheap AC brands available that serve as a good example of what you can expect from a basic cheap air conditioner. The cheap Ruud ACs are from their Value line of models and consist of both single stage and two-stage units.

Before you choose between the two types of cheap air conditioners to install, there's something you should know about their differences.

The single stage air conditioner is the cheapest AC unit available from Ruud. The Value series models are designed for small structures, operating with at least a 13 season energy efficiency rating (SEER), which is the minimum rating allowed by federal law for new air conditioners.

The SEER represents the energy efficiency of the unit while cooling. The higher the SEER, the more efficient and more expensive the model.

As a single stage unit, the AC provides cooling for your home using a single speed, always requiring the same energy input during use. Because of the low energy efficiency of the unit, it's best that it operates as little as possible when cooling your home.

To get the most efficient use from the unit, you should hire a contractor to evaluate your home and determine the proper size AC that you need.

The two-stage air conditioners are slightly more expensive than the single stage models but still fall under the Cheap Ruud ACs available under the Value series. These two-stage models are designed to save energy by operating at two speeds. The lower speed capability is most common and is used to keep temperatures comfortable when only moderate use of the system is required.

When temperatures are especially high however, then the second stage is used. It operates the unit at high speed to provide an extra, less energy-efficient, burst of cooling.

The two-stage unit is capable of operating at up to a 16 SEER.

Though the Value series or cheap Ruud ACs are basic units with an inexpensive price tag, the costs can rise. Air conditioner prices are based primarily on the unit's size. The cost for a single 1.5 ton AC unit from the Value series used to cool a small home can rise significantly should you need to install a 3.0 ton unit for a multi-family dwelling.

The contractor you hired to evaluate your home can give you some idea of the cost of the AC unit before beginning to install the air conditioner. This cost estimate should include the cost of the Cheap Ruud ACs, labor, and the price for any additional equipment necessary to meet warranty requirements for the AC.