There's not much of a debate between Franklin vs. GE circuit breakers. Read on to find out why. 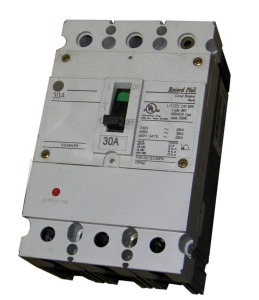 You've always wanted an older home, so when a Victorian went on the market, you snapped it up. Along with the positives of hardwood floors and floor-to-ceiling windows, you also got the old circuit breaker box. Without an experienced electrician, comparing Franklin vs. GE circuit breakers may be challenging for you.

However, with some research and background information about the circuit breaker manufacturers, finding replacement electrical components can be done with relative ease.

Connect with electricians! Get free quotes on GE circuit breakers and any other electrical need!

Working with electricity is not for the novice. It is always a good idea to at least have professional help on standby if you run into an issue. It can't hurt to get electrical estimates for the work.

If you are looking at a component part for a Franklin system, your electrical contractor can provide you with one.

GE, however, is still in business. Since 1892, the company has been making electrical components. Even though some of its competitors have fallen by the wayside or have been absorbed by others in the industry, GE has remained steadfast as a key player in the electrical equipment industry.

Although you thought the decision between Franklin vs. GE circuit breakers might be a difficult one, as it turns out, it's not. Choosing the right breakers for your current box is still important, so you will need to continue to do your research and consult with a professional if you have questions or issues.