8 Ways to Prevent Bats From Nesting in Your Home

If you don’t want to contract histoplasmosis from inhaling bat droppings, then follow these 8 ways to prevent bats from nesting in your home.

The first thing to do is find the bats' hiding place – an easy task, if you follow the smell that will lead you to bat poops. These uninvited guests can usually be found lurking in the attic, old rooms, dusty and unused stuff as well as in the porch and the pergolas on the terrace.

Here are 8 tips and tricks that will prevent bats from nesting in your home. For obvious reasons, you can only effectively employ all techniques at night, when they go out to hunt their prey. 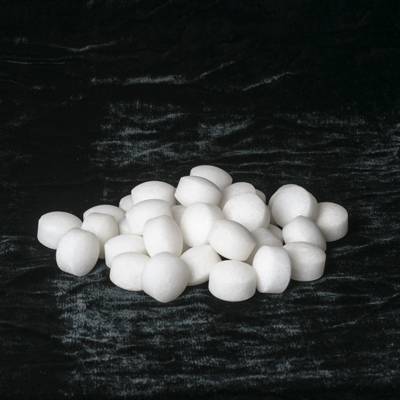 The number one solution to prevent bats from nesting in your home is the good old moth balls, also known as naphthalene balls. Tie them in a soft cloth and hang around areas where they reside.

The next best thing is to seal off the place where they've made home. As soon as they leave at night, clean it off and use all netting materials, hard boards, or sealants you have around to quickly block all entry zones. Don’t forget to place some naphthalene balls after they move out to ensure they won’t come back.

Bats hate the smell of phenol so spritz a bottle of phenol all over the areas where they congregate. Do this on a regular basis until the bats become irritated enough to be forced to leave your house.

A creative yet simple way to chase the flying mice away. Hang helium-filled Mylar balloons in bat colonies around your property and tie them up in such a way that they will be in constant motion. No bats will ever want to stay in that place anymore afterwards. Plus, the fact that there would be also moth balls hanged all around as well.

Aluminum foil hangings produce a chime-like sound and light reflection that disturb them. Use this technique especially at their nests and on the entry points.

Small mirrors all around the area where they reside can extremely make them disorientated and leave eventually.

Sprinkle cinnamon liberally in the bat colony. Its scent is annoying for them – an effective but a non-toxic way to chase bats away from your home.

Eucalyptus oil and peppermint may be relaxing for humans but it is irritating for bats – which is a good thing so they won’t go back to their former hiding places around your property.

Although they're annoying in your house, these are very important creatures for keeping insect populations down. You can learn more here: http://www.defenders.org/bats/bats .

Deer: 10 Ways to Keep Them Away From Your Garden

8 Ways to Prevent Bats From Nesting in Your Home

5 Natural Ways to Keep Mosquitoes Away from Your Home

Pigeons: 7 Ways to Keep Them Off Your Patio

How to Kill Moss Naturally: 3 Recipes for Natural Moss Killer

Jeld-Wen vs Simonton windows: a comparison of options

Painter's rates: how to estimate a job